Home > Internet Growth > From Arpanet to Internet: A History of the Net

From Arpanet to Internet: A History of the Net 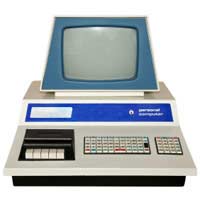 The Internet was actually envisaged as a concept way back in 1946 by a chap by the name of Murray Leinster. However, this was only a science-fiction story called A Logic Named Joe. Little did Mr Leinster know that a decade later the Internet would no longer be considered science-fiction.

The Cold War Started The Internet?

After World War II the USSR and the United States were frequently engaged in technology races, trying to gain superiority as part of the Cold War. The US created the Advanced Research Projects Agency (ARPA) to regain a lead in technology as the Russians had just launched the Sputnik satellite into space. The year was 1958, some 12 years after "A Logic Named Joe".

Send Packets To Get There

Arpanet was the first known networking concept using information described as "packets" relayed over a network of computers (much bigger computers back then), over different routes. The reason it was considered necessary to route information through different paths over a network was the existence of the Cold War at the time.

The theory was that if a number of computers were located at different places and some nodes in the network where destroyed as a result of an act of war, it would still be possible to transmit information by using alternative paths.

ARPANET was actually the forerunner to today's Internet. The initial idea was to switch circuits and this was called "circuit switching" and involved switching to a different circuit in the event of a problem. However, in the end packet switching was chosen because it involves sending parts of the message over a network through suitable routes and they are then put back together at the other end to farm the whole message and make the legible to the end recipient.

Today's networks, including the Internet are still based on this concept. It is now more advanced and called TCP/IP or the transport connection protocol. The rules of this protocol include all of the physical network requirements including at provision for the transmitting and receiving of packets over a network. Without TCP/IP the Internet would not be possible.

Following on from the initial ARPANET success number of organisations copied the idea including the British Post Office who joined with other organisations such as Telenet to create the first international packet switched network service. Gradually networking was created across the globe and the end result is the Internet we all know today.

Ah, But What About Tim Berners-Lee?

However, browsing the Internet is a different matter. Although the technology and protocols to transmit information were all in place, it was not until a British scientist by the name of Tim Berners-Lee created the HTTP protocol in 1990 which allow us to browse web pages and use the Internet in the way that it is used today.

Tim Berners-Lee is credited with creating the worldwide web because he provided the methods required to utilise the networking protocols already put in place via TCP/IP to read web pages and view them on a personal home computer.

So the simple timeline to the Internet we know today is ARPANET created in 1958 and developed to 1990 when the ability to use international networks for web browsing became possible. Of course, there were many developments in between and many geniuses involved in developing our modern Internet.

It is ironic that what started out as a defence mechanism for the US became a very useful and global medium which is now vital in the modern world.

Search Engines and Their Capabilities

Intranets and Extranets What are They?