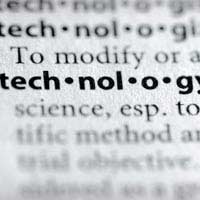 Information Technology terms are words or expressions related to topics coming under the “Information Technology” banner. Terms such as TCP/IP, Intranet, Spamming and “Lagging” are all terms which have been created by scientists, or by everyday computer users who used a common term and it has become a standard expression. Let’s have a look at some of these expressions.

In computer terms a firewall is a piece of software designed to filter out unwanted traffic, such as anything sent by a hacker, but allowing in legitimate traffic, such as the Google web page.

Most of us have heard of e-mail, all this is the Google version of it called Gmail. It has lots of storage space and anyone can register for an account. It has now become a byword in the Internet surfers dictionary.

This is the art of finding things on the Google search engine. Basically, when you are “googling” something you are trying to find information on a topic, such as typing “cats” in the Google search box because you wanted to find out about cats.

This is an acronym for “Self Promotional Advertising Message”. It means receiving unsolicited emails into your inbox or advertisements you don’t want or need on your PC.

The word "snippet" is commonly used by programmers to indicate a section of code or an extract from some writing as it would in the real world.

If you put the two words together, "social" and "networking" it provides a clue as to what the term means. Social networking is in fact a way for people to communicate over the Internet using audio, video, text and images. It is for groups of people usually, but not always with similar interests.

A "bit" it is the lowest level of understanding a computer has. A bit consist of an individual one or zero representing "on" or "off" in the computer. Combinations of its such as eight bits represent a byte in the machine.

A gigabyte is a piece of information represented by a million bytes. Please see "bytes" for more information about bytes.

A kilobyte is represented by a thousand and 24 bytes. Please see "Byte" and "Gigabyte" for related information.

A computer cannot work without CPU, and it is the most important part of a computer. It is basically the brain behind all the calculations which take place on the machine. It can handle millions of instructions per second and utilizes the hard disk and memory of the machine upon which it is based.

Like a CPU a computer cannot operate without memory. Memory is a temporary storage space used in a computer so that the CPU can perform its operations on the information held there. Once processing is complete the information is usually written to the "hard disk".