Home > Social Networking > People who Complain via the Net 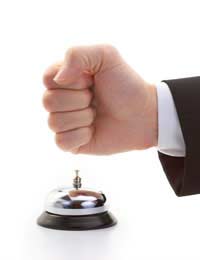 The web has become a useful place to air your grievances and state your opinions and there are numerous ways this can be achieved through specialist complaint websites, blogging, discussion forums and videos.

Sing Out Your Complaint!

You can even have your complaints sang by various choirs, such as the Chicago complaints choir who have appeared on YouTube proudly singing out complaints from various people! Complaints choirs can be found in several places on the Internet and from various countries. Maybe it’s a way of publicising their talents like a marketing tool!

Complaining about things has never been easier with the best medium in the world at our fingertips, the World Wide Web.

The types of complaints about various issues on the net are wide and varied, but obvious ones like consumer concerns about websites, credit card fraud, and political concerns like China’s human rights record, or Guantanamo Bay are frequently hotly discussed topics started out by complaint of some kind, or even several hundred.

Some websites are specially set up solely to complain or protest about specific issues. For example, there are sites dedicated solely to China’s human rights record. The sites are provided for activists to air their grievances and there are several of them in existence.

Web sites are not the only way we can complain about issues, there are many forums and the favourite method is probably blogging. Blogging is a popular communication diary that many thousands of people use daily to air their thoughts and views. It is an excellent medium to get your views across and vent your fury at something if you really want to.

Some methods of complaining via the Internet are not so obvious, but undeniably are a complaint against something. Occasionally there are Denial Of Service (DOS) attacks on specific websites. A denial of service attack is when hackers send so much traffic to a website that it crashes and cannot be accessed. Unless a website is protected against such attacks it is liable to fail. These kinds of attacks can be either just malicious hacking with no specific purpose in mind, or it can be against a specific website as a complaint against a policy or organisation. Denial Of Service attacks are usually politically motivated, however.

Google, the famous search engine had hundreds of complaints on the web regarding their policy of abiding by the wishes of China in preventing certain websites from appearing in their search listings. The policy caused a huge furore as it goes against Google’s motto “do no evil” and policies they have in place for most of the rest of the world. We can only guess that Google to not wish to become part of the political machinery and therefore they went along with it.

The great thing about the Internet is complaints about issues can be “borderless.” What this means is that you can complain to government agencies in any country and it may still be investigated and followed up. International complaining is actively encouraged so that the Internet in general has a level playing field across nations, but this is very difficult to achieve given the diversity of culture and beliefs across the world.

It’s still a great medium to air your views though so if you have a gripe about something, get blogging, join a discussion forum or write to one of the many sites provided specifically for complaining about issues on the Internet.

All About Bebo and Myspace
Share Your Story, Join the Discussion or Seek Advice..
If it’s a political issue in your own country, you can even start a petition. It can even be done of the Downing St. site and if you receive over 100,000 signatures the issue might be debated in Parliament, which is a sign of complaining working and democracy in action (so far, though, few which reach the mark have actually been discussed).
Chris - 3-Oct-12 @ 1:48 PM
Title:
(never shown)
Firstname:
(never shown)
Surname:
(never shown)
Email:
(never shown)
Nickname:
(shown)
Comment:
Validate: