The Danger of Hackers 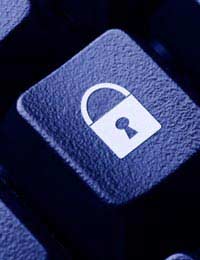 If you want to understand that dangers of Hackers just ask Kevin Mitnick, a security company owner in the US. Before he owned his own security company Kevin Mitnick was a hacker with serious intent, and even spent time in jail for it; five years to be precise. For a long time the authorities were worried about his activities and would not allow him access to a computer or to the Internet.

Kevin Mitnick Now Prevents Hacking, Because he Was One!

Systems are much more secure than they were in the hacking days of Kevin Mitnick, but the dangers of hackers are ever present on the Internet. Hacking has been a pastime ever since the Internet was invented, to be honest. Computer virus's, spyware and other related products have all been written by hackers. These are people who would not think twice before destroying your computer system, just so that they could prove "they can", and the fact that it is a crime does not sway them,. Hacking is a crime, but Kevin Mitnick turned over a new leaf. He now prevents hacking via his security service.

What Can a Hacker do?

There are different types of hackers. There are those who write viruses and spyware as we have stated and then there are those who bypass security and break into the networks of large corporations and even banks. Upon illegally gaining access to a network they usually have a nosey around and view the information on the local database, some of it highly confidential. If they are not happy with just having a look around some of them will download software, files and corporate or private data. If they are still not happy with these kinds of activities they may change settings on the network, or implant software of their own.

The threats of the hacker are real and cannot be underestimated. Microsoft, have enhanced their windows software to handle potential security intrusions. Hackers can also infiltrate websites and frequently do so, and website masters/owners have to 'patch up' their software with security provisions to deal with the problem. Basically, if it's a PC and it's on a network of some kind, it is possible to be attacked and infiltrated.

It is the reason why spyware and antivirus software came into existence, but the good news is hacking attacks seem to be decreasing as more sophisticated software is developed to prevent it. The bad new is some hackers are not even trained programmers and they use software "secretly" passed to them which allows them to break into vulnerable machines and software. Hacking software is easy to use, and all it requires is the use of an Internet Protocol (IP) address which has not been hidden on another machine. This will happen when some computers do not have their firewalls turned on or the IP address is not hidden. An IP address is a unique number assigned to a computer when it is part of a network, be it a corporate network or simply connected to the Internet. Corporate networks are very difficult to break into as there are all kinds of security measures in place. Even if a hacker were to do so, data is usually encrypted so that hacker cannot do as much damage to a network as they could a few years ago.

The Easiest Way in For a Potential Hacker, Your Password!

Some hackers simply find their way into a system via the use of legitimate user names and passwords. It is the simplest and most dangerous way for a hacker to gain access to a system. Therefore you should always protect your username and password from prying eyes and not make passwords obvious, such as your child’s name, pet's name or some other personal thing such as your favourite football team. It is too easy for other people around you to guess. A password should have a mixture of upper and lower case characters, and include numbers. The best passwords always start with an unusual character, such as a '^'.

To help avoid the dangers of the hacking crime you should:

All About Phishing and Spam Email

Child Safety and the Internet