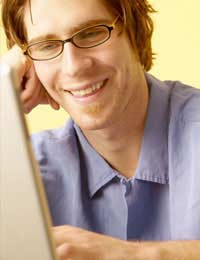 Blogging usually involves a single person's comments, entered daily like a personal diary while a discussion forum consists of postings from several people and is not necessarily started by an individual; it can be started by anyone.

Understand the Glossary of Discussion

There are a number of terms associated with discussion forums. For instance there is the concept of a "post". The post is an individual message contribution in response to an existing idea posted by a previous contributor. When several posts have been made by different people the message becomes a "thread". A thread exists when a number of people are making comments on the same topic. Anyone can start a new thread and anyone can contribute to an existing thread.

In order to become a contributor to a forum you need to become a member. This involves registration with the site and the provision of a password in order to join in conversations.

Members can also send private messages to other members and they need not have their messages made public in the main discussion forum.

There are certain features which are allowed in discussion forums such as attachments which can be fastened to messages, HTML to send messages with specific content, emoticons which are small pictures to indicate emotions or polls can be added for members to vote on a specific topic and to decide if they are for or against something discussed in the discussion forum. It is also possible to have RSS feeds to keep track of the last few posts contributed. All you would need to do is to subscribe to the feed.

There are many discussion forums and anyone can join. It's just a case of finding a discussion forum that interests you and signing up. Once you are signed up you will become familiar with the terms and what they stand for. For instance "troll" is someone who breaches netiquette by making defamatory remarks. "Spamming" is when you use the same words frequently or insert advertisements in your posts. Some people try to use automatic software called "botnets" to spam users of a forum with their advertisements.

Another term you may become familiar with is "double posting." This is when you accidentally make the same post twice OR you deliberately make a post in another discussion forum so that it is slightly different, again this could be for advertising purposes.

In most discussion forums there is a piece of software called a "word sensor." This little piece of software replaces rude words and inappropriate words with asterisks to blank them out in the overall conversation.

Basically the art of using discussion forums is to state your case clearly and in an interesting way without being insulting or aggressive. Most discussion forums state their rules when you join. You should always read these before contributing so that you understand what the rules are and don’t make any unnecessary mistakes in your use of a particular site.