Games Machines and The Internet 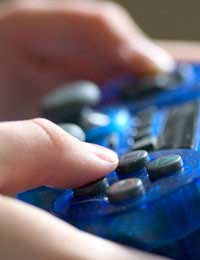 We hear so much these days about Internet access on PCs, mobile phones and broadband on the move with PCs. What most of us are unaware of is that the Internet is accessed on a greater number of devices than we may realise.

This is particularly true in the case of games machines. In the old days games machines merely played a disk or even a tape, but these days most games require Internet access as a matter of course, as the players can play with other people around the world. There is much competition in the video consoles market, all competing for the majority of market share.

The variety and types of “Internet enabled” games machines are increasing. Some of these machines are coming close in specification to PCs as they now have their own “hard disks” installed. The main competitors at the moment are the “Xbox 360”, “PS3” and the “Wii”. Microsoft has got into the act, as they manufacture the Xbox 360 and the games associated with it. The PS3 is the Sony offering, following the success of the PS1 and PS2 models.

Also, Nintendo came up with an interactive game, the Wii which can be played online or offline. It works by human movement, simulating actual “physical” involvement in a game such as tennis, fishing, or athletics. The Wii is not strictly intended for web use, although there are some games which can be played in “team mode” so it needs to be connected to the web, and in any case it uses the web to update itself periodically with the latest updates.

The games machines simply work by placing a disk in the machine, and then playing online with other users using the various functions of a remote. The Internet access is usually by a monthly subscription payment to the provider of the game. Some games have a chat mechanism built into the game so that players can chat online, in a similar way to a PC. This implies that a separate keyboard is required.

The types of game you can play online vary from role playing games, war games, soccer games and many others. Here is a brief review of the main types of seventh generation games consoles which are capable of utilising the web:

Microsoft’s Xbox 360Microsoft cooperated with a few parties, including ATI, IBM, and SiS to create this machine, and it is the second game in the series Microsoft have created in their mainly, PC software business. In order to get online players must subscribe to the Xbox Live service. Once online users can download content such as arcade games, demos, trailers, various TV shows and movies. The Xbox 360 can in fact be used as a DVD player, and competes with the Sony Playstation, which has similar features.

Sony’s PS3As the name suggests, the Playstation 3 is the third product in the line of Playstations, created by Sony and each one subsequently added more features from the previous versions. The PS3 has a comprehensive online gaming experience, via its PlayStation Network. It has well defined and robust multimedia capabilities, including connection capabilities with the PlayStation Portable.

In order to obtain higher storage capability, the PS3 uses the latest Blu-ray Disc technology for its primary storage medium, and Sony were the creators of this "high-density" storage technology. The PS3 and Xbox 360 are the primary competitors in the games machine war, including the online access capabilities.

It also has another wireless device, which in effect is the operating mechanism for the game. The device is the Wii Remote, which acts as a handheld pointing device and detects movement in three dimensions. Therefore the human “player” simply simulates movement and watches the result on screen. Unlike other games the operator can “stand up” and actively take part in the game while it is in progress.

Games machines are becoming more and more sophisticated, and relate more and more to industrial type technology. The online function of today’s gaming machines is almost an essential feature for any new gaming product to compete in a very tough market. The big three, Microsoft, Sony and Nintendo currently dominate the market.