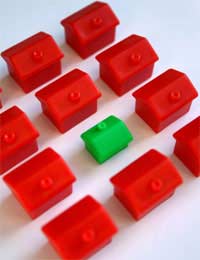 Rumours are rife, in fact it is widely reported in some quarters that Google intended to create their own private Internet network. Until now Internet real estate has been the domain of basically, everyone. No one person or organisation has been in a position to claim ownership of the Internet.

With Google's plans it all looks about to change. Google are acquiring miles of square feet of land known as carrier space, including 270,000 ft.² of a large telecom interconnection facility based at 8th Ave in Manhattan, New York. This venue is expected to host telecom equipment and huge server farms supporting applications such as Google talk. It has also been rumoured that Google intend to "invade" the west coast of the US to acquire more carrier space with one of the objectives being to link to Asia.

One of the more "cunning" ideas is to reawaken networks which have never been used, like Dark fibre networks which were never switched on in the late 1990's. These are fibre optic networks which were in the process of being built, but then there was a downturn in the technology sector in early 2000 so they were never utilised. Basically, this aspect of the plan would mean that Google would have a "ready made" network available to use.

The cost of this exercise is phenomenal, running into hundreds of thousands of dollars so Google are not messing around. The information has been coming from numerous suppliers and telecom services so there is more than one source behind the information. The purchasing department of Google are being kept busy, not only to acquire land, but fibre optic cable; miles of it to be precise. The invoices for all this Internet real estate would make interesting reading. The fact that Google can even contemplate owning a piece of the web is testament to their incredible success and profits over the years.

What Does all This Mean to the End User?

So what will it mean to you and me, the end Internet user? Well, the chances are that Google will want you to subscribe to their Internet service. Once you have done so perhaps you will have access to a faster and more efficient Internet, similar to a research Internet called internet2. One other motive for Google (no one quite knows the exact motivations yet), is to cut their telecom's costs, as they are quite substantive. With this idea, Google could end up sourcing much of the entire world’s Internet traffic.

If you are an IT specialist and notice some new job advertisements for "major projects by Google" in the US and in the UK, there is a 95% chance this new Google internet has got something to do with it, so send in your CV!